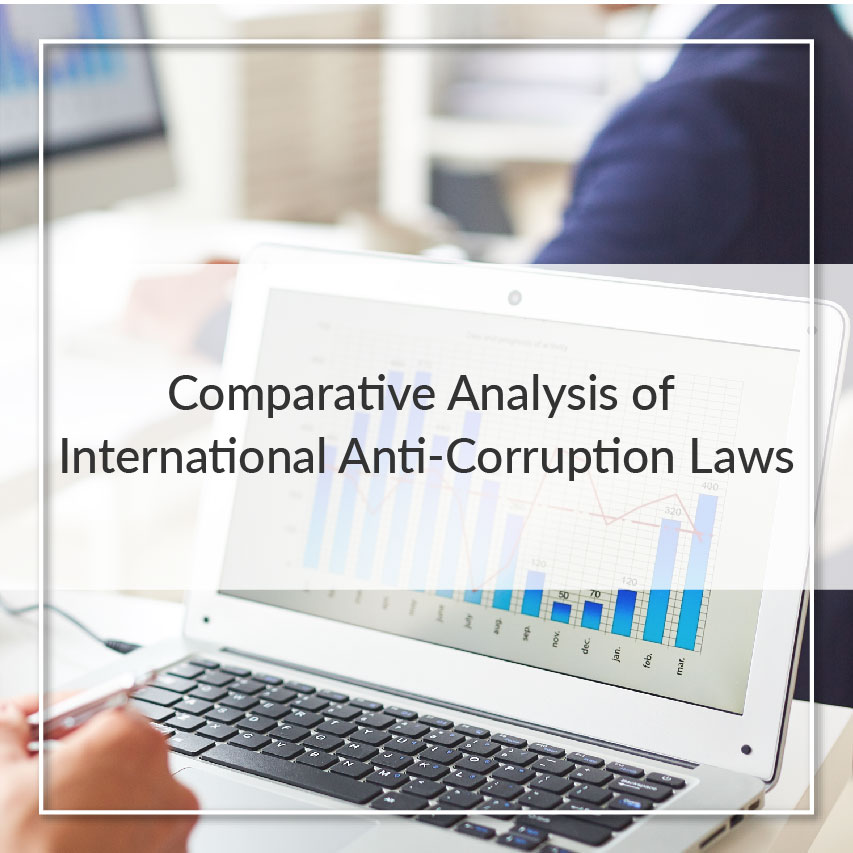 By Shreya Rai and Krishna Garg (Research and Editorial Team)

The legislative regime in India for prevention and penalisation of corruption is stringent, with multiple statutes in place to prevent corruption among public officials as well as private bodies including companies. Currently, India’s anticorruption laws lack extraterritorial jurisdiction over cases of illicit gratification and payments made to foreign officials or employees employed by public international organisations. However, it is undeniable that the level of corruption in the country is such that it indicates a need for stricter regulations as well as implementation of the existing regulations. The aim of this article is to make a comparative analysis of international trends and legislations pertaining to prevention of corruption with the Indian regime, as a key step towards better policy formulation.

The key legislation in India governing prevention and penalising of corruption and abetment by public servants is the Prevention of Corruption Act, 1988 (“PCA”) which was amended in 2018 to eliminate any prevalent anomalies and harmonize the provisions with India’s international obligations under the UN Convention Against Corruption (“UNCAC”). The UNAC made it obligatory for corporates to have compliance processes in place to prevent their employees from participating in any act that might be classified as corruption or bribery, which was adhered to under the 2018 amendment to the PCA. It is pertinent to note that there is a void in Indian legislation which fails to cover bribery of foreign public officials by Indian companies. The Bill to Prevent Bribery of Foreign Public Officials and Officials of Public Interest Organizations was introduced in Parliament in 2011, however it failed to obtain legislative assent and thus lapsed.

India has ratified the UNCAC and the UN Convention Against Transnational Organized Crime (UNCTOC), as well as its three protocols, vide which corruption and bribery of public officials has been made illegal. In addition, India and the United States of America have signed an Inter-Governmental Agreement to enforce the Foreign Account Tax Compliance Act in India, allowing for the immediate swap of information between the two nations and combating financial fraud by citizens and businesses in both countries. India is also a signatory to the Convention on Mutual Administrative Assistance in Tax Matters and has agreed to implement the Common Reporting Standard, with a commitment to utilize the Common Reporting Standard for automated transmission of tax and financial information with effect from 2017.

The Legislations on Corruption in India

The Prevention of Money Laundering Act of 2002 tries to combat money laundering in India by prohibiting the use of “proceeds of crime.” The Indian Penal Code, 1860, has sections that can be construed to encompass bribery and fraud, as well as criminal breach of trust and cheating offences. The Foreign Contribution (Regulation) Act of 2010 governs how people and companies receive and use foreign donations and hospitality. The Lokpal and Lokayukta Act of 2013 establishes an ombudsman for both the national and state governments (Lokpal and Lokayukta, respectively). The Whistle-Blowers Protection Act of 2011 intends to create a framework to protect anyone who disclose corruption or deliberate misuse of power by a government official.

The Foreign Corrupt Practices Act of 1977 (“FCPA”) makes it illegal for firms and persons headquartered in the United States to make payments to foreign government officials in order to gain or maintain business. The Bribery Act of the United Kingdom prohibits direct and indirect bribery of any person (not limited to foreign officials or other public sector) to induce them to act “improperly” or reward them for acting improperly.

The UNCAC is a convention that provides for domestic rules and treatment of transactions with foreign officials as well. Preventive anti-corruption plans and procedures as well as an aggrieved party’s right to seek compensation/damages for losses caused by corrupt conduct are certain requirements of UNCAC that is absent from India’s corruption laws.

The 2011 OECD Guidelines for Multinational Enterprises establishes guidelines for businesses to prevent bribery, bribe solicitation, and extortion. The OECD Guidelines also emphasise preventative measures. The OECD Convention on Combating Bribery of Foreign Public Officials in International Business Transactions requires each Party to take steps to make providing bribes to a foreign public official illegal which is also not provided in the Indian Legislations.

Comparison between Anti-Corruption Laws in the USA, UK and India

The major distinction between the PCA, the FCPA and the Bribery Act is that the FCPA’s jurisdiction is much broader. Foreign corporations and individuals that conduct any act of corruption within US territory, either directly or through agents, are likewise subject to the FCPA’s requirements. Companies based in India that are listed on a stock exchange or have their headquarters in the United States are covered by the FCPA. FCPA offences can result from any act of attempted bribery or conspiracy to bribe. In comparison with the Bribery Act which covers UK companies, nationals and residents, foreign companies operating in UK and any person acting in UK or overseas with close connection to the UK, PCA still falls short in the extent of jurisdiction than both other jurisdictions.

Another major distinction between the legislations is in respect of the requirement of intent. According to the PCA, the “gratification” supplied will be regarded a “motive” or “reward” for the “performance or non-performance” of an official act. The Supreme Court of India held in AB Bhaskara Rao v. Inspector of Police, CBI, Visakhapatnam that the amount paid as gratification is immaterial, and that the public official’s mens rea and conduct, as well as the prosecution’s proof of the acceptance of such illegal gratification, will ultimately determine whether or not he is convicted. The FCPA, on the other hand, provides the requirement of intent and states that the accused has to act “wilfully,” “knowingly,” and “corruptly.” The Bribery Act of the United Kingdom, on the other hand, needs “basic knowledge” and “intent” to prosecute a person for “improper performance” under the act.

Another important distinction between the statutes is the penalty provided under the legislations. For the most part, the PCA provides for a sentence ranging from 6 months to 7 years in prison. However, a “habitual or particularly corrupt or dishonest misbehaviour” may result in a sentence of up to 10 years in prison, along with fine. Individuals and businesses can face up to 10 years in prison and unlimited penalties under the UK Bribery Act. The FCPA imposes greater penalties than the PCA. Each breach of the FCPA can result in fines of up to 2 million dollars for businesses and up to 250,000 dollars for individuals, as well as up to five years in jail.

Companies listed in the United States must also keep correct books and records, according to the FCPA. Erroneous, incomplete, or deceptive transaction information might be seen as a way to hide bribery or other illegal acts. PCA, on the other hand, does not make failing to keep records a crime. Similarly, the Bribery Act of the United Kingdom has no particular provision for making it an offence; nonetheless, failure to keeps records might be regarded a failure to have “adequate procedures” in place under the Act.

Despite the variety of stringent legislations in India governing the penalties and prevention of corruption, India still has some major voids and loopholes in its legislations. The comparison of Indian laws with the international standards in the above article has pointed out many significant differences between the legislations and conventions in question.

The PCA provides strict penalties in case of violations however in the realm of prevention of corruption, the legislative regime in India falls short than its international counterparts. As observed under the FCPA, stricter penalties as well as record keeping and stricter compliance requirements for corporates can also prove to be more efficient in the corruption scenario of India, especially in the commercial sector. The laws of the United States and the United Kingdom provide a strong foundation for preventing and combating corruption. Contemplating wider jurisdiction to cover violations as well as enacting laws regarding bribery to foreign public officials can also prove to be better steps for the legislative spectrum of corruption in India.